The JSE on 12 October announced that it had launched two new indices:

This follows a previous announcement in June 2015 that the JSE was replacing its SRI Index research provider EIRIS with FTSE Russell.

The new FTSE/JSE Responsible Investment Index differs from earlier version in a number of ways:

There is likely to be further debate over these changes at the 5th Annual Africa ESG conference, which Kigoda Consulting will be attending on 13 and 14 October.

While the change in methodology has provided some interesting winners and losers, it is important to remember that there are also several ESG laggards that have yet to appear on either the FTSE/JSE Responsible Investment Index or the earlier version. These include Shoprite, AVI and Pioneer. 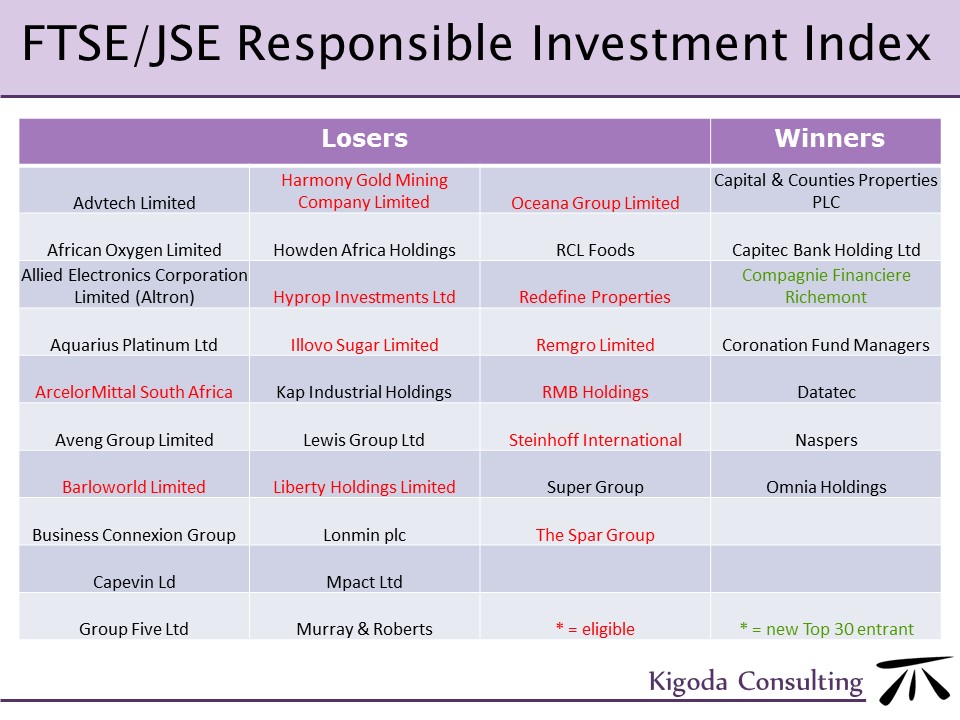 Sign up to receive occasional updates on industry news and regulatory developments.